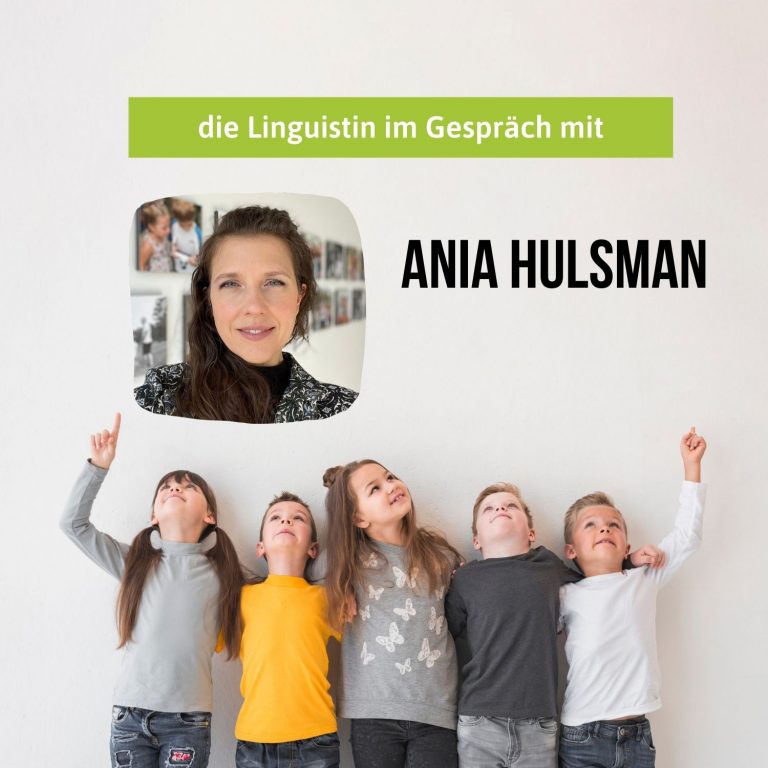 Ania was born in London to Polish immigrants who fled the communist regime in their home country Poland. She grew up within the polish community but visited an english school, which led to her being fluent in both languages by the time she entered university. Years went by and while Ania was studying other foreign languages, she only had very little exposure to Polish. Today she feels like her English evolved through out her adult life, her Polish vocabulary however stagnated and is limited to basic family conversations. So when Ania’s first child was born, even though it felt natural to her to speak in her family language to the baby, soon enough she was reaching her limits and she switched to English.
What languages does the family practice these days and what does it mean to be „half English, half Dutch and half Polish“ – we’ll find out in todays podcast episode.